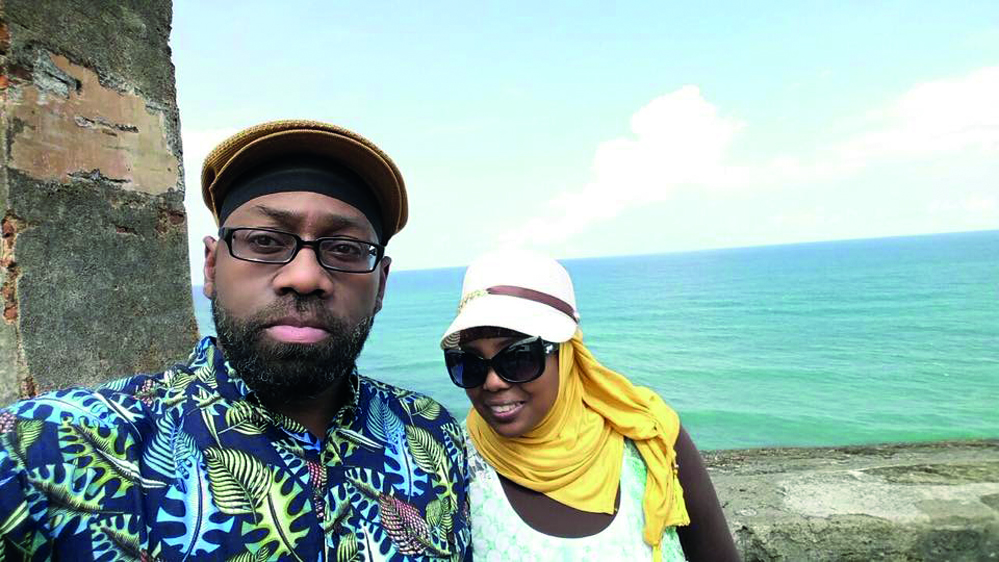 We are adamant about couples doing something special for their anniversaries. Ours started out this year with a pre-anniversary surprise that went viral on Facebook. Here’s how it went:


Y’all know…I got mad love for my husband. But sometimes this man…takes my breath away! We’ve literally been swamped trying to get ready to roll out some new stuff, filming & campaigns. Coming out of a meeting today after Jummah, hubby surprised me with this!!!

I’ve always said that I would never drive a Mercedes, never ever ever, unless I can pay for the car & the service cause the service is like college tuition lol. I would never be slave to a job to pay for a car either. I drive a 2006 Ford Taurus in pristine condition, title in hand, and happy about it. Drive it to meetings like its cool. I don’t put on airs.

Last weekend we just happened to be out at the Mercedes dealership & he was asking me all kinds of questions about what I would get “when we got that check .” And would you looka here!!! An early anniversary gift

Hubby is all about treating your wife with kindness if you can afford it. He recently paid off his car and some other things so he definitely knows we can afford this. I really just wished he didn’t get me out here with this ugly cry and chapped lips

Shouts Out to all that helped hubby pull this off. Don’t know how he did it without me knowing lol, but he got slick on a sistah. I was patiently waiting on 10/27 (our actual anniversary) and the adventure we have planned. But I’ll take this too, now…:) Early Happy Anniversary dear, love you to pieces  #rufusandjenny 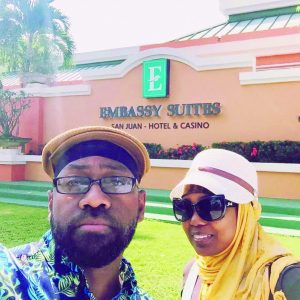 The Embassy Suites in San Juan treated us swell! 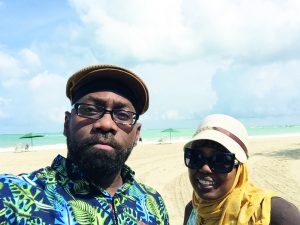 The Beach at San Juan

And, if that’s wasn’t enough, we followed up with a trip to Puerto Rico. Wish we could have stayed longer. Although it’s a part of the US, you are out in the middle of the Caribbean with a few American luxuries. They use the USD which makes it very convenient. They have cruise ships that visit the island which makes shopping plentiful. The seafood is awesome and the hospitality was reminiscent of our trip to Dubai. 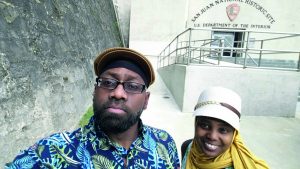 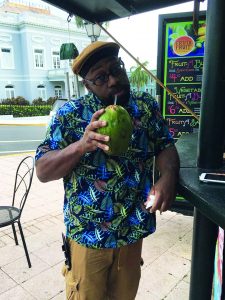 They truly turn up there, even in the cantinas. We dropped in for some snacks, the music was crunk and over ½ the cantina consisted of drinks. What was very surprising is that we saw lots of us. Lots of good ol African-Americans enjoying this island like they do Miami or Myrtle Beach.

We had a wonderful personal taxi driver that took really good care of us. We took in most of the tourist sites and even ventured to the other, less touristy side of the island for Jummah. Coffee is one of their largest exports but if we could have bottled up some of the tropical air and brought it back, we most definitely would have.