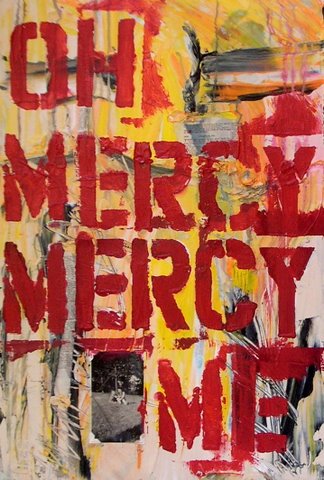 Prisonworld Magazine is Back in Print After a Two Year Hiatus

On the front page of the Muslim Journal, print & digital issues

Prisonworld Magazine is Back in Print After a Two Year Hiatus

Few niche media companies are diversified and have ownership stakes in multiple genres. In the new millennium, widening the reach to a mass audience in order to bring awareness to a cause via print, radio, blog, webTV and social media is exactly what Dawah International, LLC does.

Jenny and Rufus Triplett, Ebony Magazine’s Couple of the Year 2012 and co-owners of Dawah International, LLC, a multimedia group, incorporates all of the above mentioned in order to thwart mass incarceration and wrongful convictions. Published under the company’s umbrella is Prisonworld Magazine, the Preferred Prison Entertainment Magazine, available on Amazon.com and Magazine Expresss.com, Prisonworld Radio Hour, produced and co-hosted weekly by the Triplett’s and airs in podcast and syndicated to iTunes and tunein, Prisonworld Blogtalk and Prisonworld TV which looks to be distributed in various detention facilities.

Not only are Jenny and Rufus a husband and wife team in 25 years of marriage as showcased in their best-selling book Surviving Marriage in the 21st Century, but also as business partners. Co-owning and day to day operating an idea they nurtured from conception to mass market, they are quite pleased as to how the popularity of their magazine is spreading not just by inmates but regular citizens as well. “The more we encourage people to stop judging and think outside the box, they actually understand what we are trying to do,” says Jenny Triplett, co-Editor-in Chief of the magazine. Several distributors have taken advantage of the opportunity to become a distributor of not only the magazine but the radio show as well.

Prisonworld Magazine originated in 2007 and printed for seven years, domestically and internationally and shipped to countries as far as New Zealand before a much needed two year hiatus in order to cater to the marriage platform. After numerous letters and phone calls from inmates and their families, the decision was made to bring the magazine back this year moved by expressions of how much it has been missed beyond the wall. Putting a budget together and finding the money to do it after being out of print for two years was never a detraction. After receiving a letter from President Obama in 2011 and numerous other recognitions for their community work, this is a mission that had to continue.

“Most organizations dealing with prison systems are supported financially with grants and other donations because of their 501 c3 statuses. We have to do it on our own. Anything that is donated to us is tax deductible. We have been fortunate enough to still get the job done. Encouraging a misguided mind to make better choices is so important,” says Rufus Triplett, co-Editor-in-Chief.

This Dawah effort is responsible for supplying prisons across the country with Qurans, prayer rugs, hijabs, kuffis and other Islamic materials. The resources are given throughout the year and not just during Ramadan and Eid. Personal visits are made to the prisons and a rapport is established with the prison ummahs, chaplains and administrators to help resolve issues and misunderstandings. Additional help is given to the inmates in order to learn how to become entrepreneurs, as a job is one of the constraints of living a productive life after incarceration. The Triplett’s are requested keynote and session speakers about prisoner reentry and prison reform for various platforms which include corporations, wellness retreats, correctional facilities, non-profit organizations, schools, radio shows and print magazines.

For more information on Prisonworld Magazine go to www.prisonworldmagazine.com or stay connected via social media on Facebook and Instagram @Prisonworld. To gift a subscription to an inmate, you can find it on Amazon.com. To contact the Triplett’s about their work or speaking engagements, call 678.389.2646 or email info@prisonworldblogtalk.com