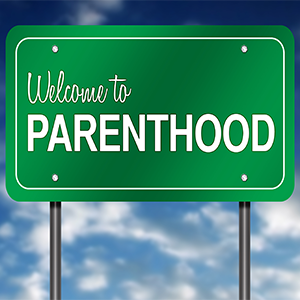 Myth: You’ll spoil your baby if you pick him up whenever he cries.

Kids are undersize adults who are perfectly capable of holding down a job. Children should be seen and not heard. That’s probably what you would have believed if you’d raised a family 100 years ago. Today, of course, you know such ideas are utter nonsense. So why are you still convinced that sugar makes your preschooler bounce off the walls? Or that bribing your child makes you a bad parent? Because you’re no more immune than your Victorian ancestors were to conventional wisdom that’s tossed at you by friends, family, and the media. To help you sort facts from fiction, we’ve taken a look at some myths that circulate widely among today’s parents. Here, an update.

Myth: You’ll spoil your baby if you pick him up whenever he cries.

Truth: You can’t spoil a newborn. Period. If your baby calms down when you pick him up, he needed to be picked up. But more important, he has to gain confidence that you will respond to his needs, says Maurice J. Elias, Ph.D., author of Emotionally Intelligent Parenting (Three Rivers Press). In fact, during the first six months of life, that’s a baby’s primary job. “The critical task at this stage is developing a sense of trust that the world will take care of him,” Dr. Elias says. “If you’re crying or screaming and no one comes to pick you up, you don’t develop that trust.” After the baby is about 6 months old, Dr. Elias adds, your job is to pull back a bit and let him figure out that he can survive — for a few minutes, at least — without someone rushing to his side. Don’t worry; he may holler, but by then, deep down, he knows you’ll be back.

Truth: Sorry. No matter what you’ve observed in your own or other children, there is no scientific evidence to support this belief.

So why the dichotomy between what research shows and what parents observe? That’s because sugar itself isn’t the culprit, says Alan Greene, M.D., a pediatrician in Palo Alto, California. Any food that affects blood-sugar levels (a tomato as well as a candy bar) can create an adrenaline surge, which may lead to a burst of energy. That effect is usually mitigated by fiber, which helps pipe everything into the bloodstream at a steady pace. However, many sugary treats are low in fiber, and it’s that fact that explains the energy burst — not the sugar itself.

So if adrenaline rushes are a constant in your home, push the apple over the apple juice, and know that it’s okay for your child to add sugar to his breakfast cereal — as long as it’s a high-fiber variety.

Myth: The “twos” are terrible.

Truth: The “twos” — or more accurately, a period that falls somewhere between 18 and 30 months of age — are terrible only if you’re unprepared. Sometime during that stretch, it’s almost certain that your sweet baby will be displaced by the Toddler From Hell: stubborn, argumentative, tantrum-prone, possessed by an almost supernatural will. Needless to say, dealing with this can be, well, terrible. However, if you keep your eye on the positive side of this stage and have some knowledge about how to handle it, you and your child will both benefit.

A child this age reaches the critical and exciting point in his development at which he begins to lunge toward independence and individuality. “You want your child to establish his own identity,” says Susan Anderson Swedo, M.D., a behavioral pediatrician and coauthor of Is It “Just a Phase”? (Broadway Books). “So whenever possible, you need to encourage his desire to separate from you.” To make the twos more manageable, be sure to set clear limits, offer choices (“What’ll it be — the red pajamas or the blue ones?”), and try to reduce the number of situations in which rebellion must be squashed — in other words, this might be the time to switch your grocery shopping to a day when your spouse is home to watch your child.

Don’t say, “Because I’m your mother and I said so.”

Truth: Actually, that phrase is a good way to end an inappropriate negotiation. You know the script: You have reasonably explained to your daughter that she must honor her bedtime because children need rest to grow, and she has unreasonably responded, more than once or twice, “But why?” At this point, she is trying to pick or prolong a skirmish, and you are no longer obliged to provide a rational response to her questions, says Anthony E. Wolf, Ph.D., author of The Secret of Parenting: How to Be in Charge of Today’s Kids (Farrar Straus & Giroux). Your mission now is to end the discussion — and “Because I’m your mother and I said so” is a perfectly acceptable way to do that. But if saying it makes you feel too much like your own mom, try substituting this slightly updated version: “Because I’m the mother and you’re the child, and there really isn’t anything else to discuss.”

Myth: Bribing your child is always a bad idea.

Truth: Bribing a child is almost always a bad idea. But if you avoid it 98 percent of the time, it can serve you well for those 2 percent of situations in which decent behavior is nonnegotiable. If, for instance, you really, really need your 5-year-old to sit still during your sister’s wedding, there’s no harm in promising that you’ll buy him a Dragon Ball Z doll at the end of the day, Dr. Wolf says.

So why not use this more often? Practically speaking, bribery costs money, and it also loses its effectiveness pretty rapidly, Dr. Wolf says. Moreover, you’ll no doubt want to avoid the message it sends: that you don’t have to behave like a civilized human being unless there’s something in it for you.