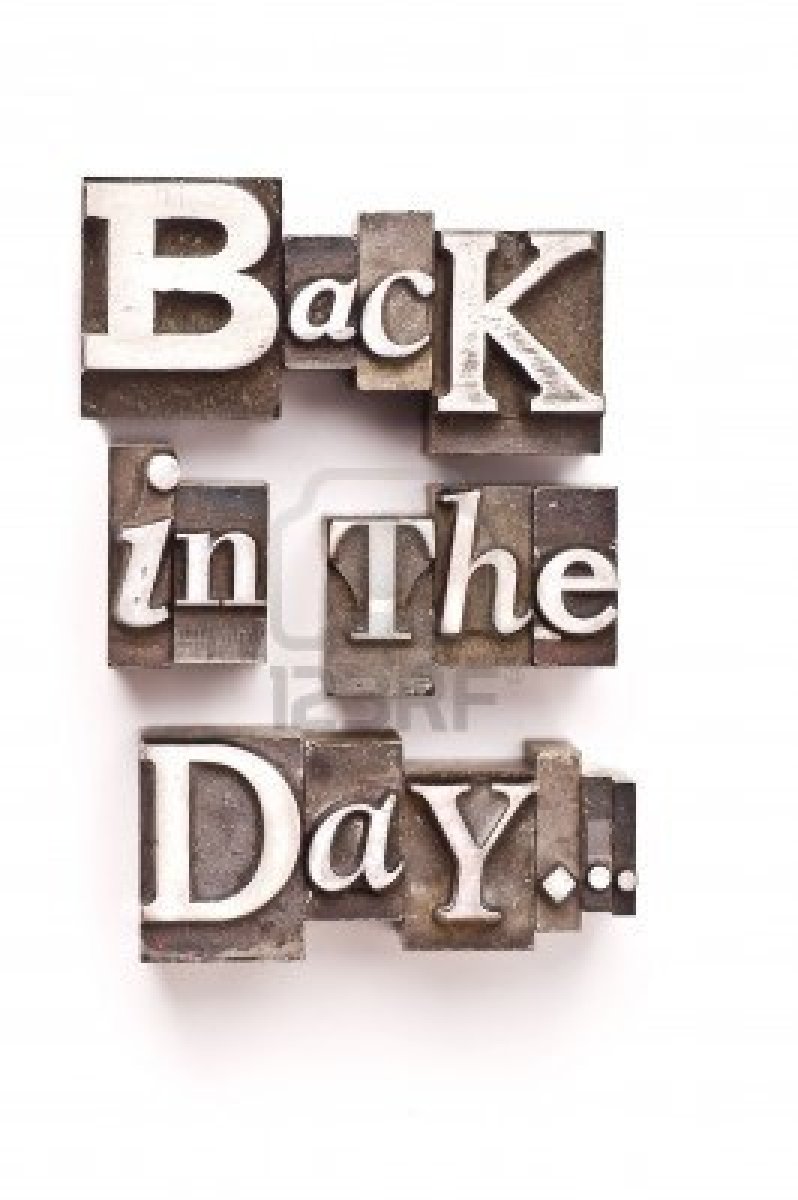 Mass Incarceration was Not Around Back In the Day

Checking out at the store, the young cashier suggested to the older woman that she should bring her own shopping bags because plastic bags weren’t good for the environment. The woman apologized and explained, “We didn’t have this green thing back in my earlier days.”

But here are why we were not green:

1.Back then, we returned milk bottles, pop bottles and beer bottles to the store. The store sent them back to the plant to be washed and sterilized and refilled, so they could use the same bottles over and over. Yes, they really were recycling.

2.We refilled writing pens with ink instead of buying a new pen

3 We replaced the razor blades in a razor instead of throwing away the whole razor just because the blade got dull.

4.We walked up the stairs, because we didn’t have an escalator in every shop and office building. We walked to the grocery store and didn’t climb into a 300-horsepower machine every time we had to go two blocks.

5.Back then, we washed the baby’s nappies because we didn’t have the throw-away kind.

6.We dried clothes on a line, not in an ‘energy gobbling machine burning up 220 volts;’ wind and solar power really did dry our clothes back in our early days.

7.Kids got hand-me-down clothes from their brothers or sisters, not always brand-new clothing.

9.In the kitchen, we blended and stirred by hand because we didn’t have electric machines to do everything for us.

10.When we packaged a fragile item to send in the post, we used wadded up old newspapers to cushion it, not Styrofoam or plastic bubble wrap.

11.Back then, we didn’t fire up an engine and burn petrol just to cut the lawn. We used a push mower that ran on human power.

12.We exercised by working so we didn’t need to go to a health club to run on treadmills that operate on electricity.

13.We drank water from a fountain or a tap when we were thirsty instead of demanding a plastic bottle flown in from another country.

14.We accepted that a lot of food was seasonal and didn’t expect that to be bucked by flying it thousands of air miles around the world.

15.We actually cooked food that didn’t come out of a packet, tin or plastic wrap and we could even wash our own vegetables and chop our own salad.

16.Back then, people took the tram or a bus, and kids rode their bikes to school or walked instead of turning their mothers into a 24-hour taxi service.

17.We had one electrical outlet in a room, not an entire bank of sockets to power a dozen appliances.

18.And we didn’t need a computerized gadget to receive a signal beamed from satellites 2,000 miles out in space in order to find the nearest pizza joint.

But, isn’t it sad the current generation laments how wasteful we old folks were just because we didn’t have the green thing back then?

The same goes for mass incarceration. In the 60’s and early 70’s there was not a problem of incarcerating the masses. The war on drugs creeped in during the Nixon administration and changed the outlook and game plan for the prison industrial complex. The world can get back to when things were much simpler. The United States can reform the system by easing mandatory sentencing and crack law mandates. This generation knows meth better than they do crack. This generation can be saved from addictions with the right resources. Incarceration is not the best alternative. It wasn’t back in the day and that sentiment remains true.