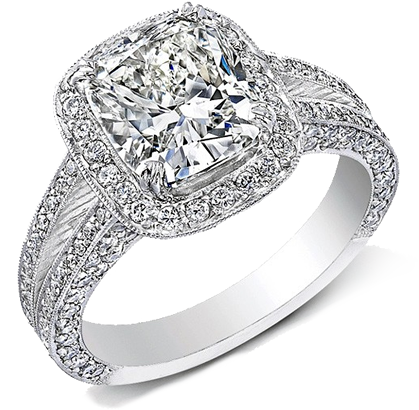 Study this, study that. There always seems to be a study regarding marriages, the cost of weddings and even divorces. With all of the possible variables that the human factor presents, what seems to be missing is good ol common sense.

In 2009, The New York Times penned an article stating that marriages are stronger in the 21st Century than people tend to realize.

“Despite strong social riptides working against it — the liberalization of divorce laws, the vanishing stigma of divorce, the continual online temptations of social sites like MySpace or Facebook — the marriage bond is far stronger in 21st-century America than many may assume. Infidelity is one of the most common reasons cited by people who divorce. But surveys find the majority of people who discover a cheating spouse remain married to that person for years afterward. Many millions more shrug off, or work through, strong suspicions or evidence of infidelity. And recent trends in marriage suggest that the institution itself has become more resilient in recent years, not less so.”

As a marriage expert and co-author of Surviving Marriage in the 21st Century, if I were making a list outside of the cost and size of the engagement ring as to why marriages fail, the top three would include
1. Facebook Posts
2. Money/Infidelity
3. Coming to the realization that you married the wrong person

These factors are more overwhelming than anything else in marriages in current times. The couple could have a platinum wedding set costing $10,000 but if there are numerous “irreconcilable differences” or Facebook posts that are causing daily disturbances and suspected cyber cheating, the receipt for the rings are never considered when someone wants out of the marriage. It’s even worse if the ring was on a payment plan as that debt gets factored into the divorce settlement. Unfortunately, if the man wants to marry again, he has a substantial waiting period if he needs to save up his nickels and not carry that burden into a new marriage. Money or lack of money weighs heavy on a marriage, especially a new marriage, and considering marrying again definitely brings into thought consideration the cost of another ring.

Another valid point that the New York Times article made was that there is so much more to coupling, and the unions that survive take the time to put in the work and efforts needed past the color, clarity, cut and decimal of the carat.

“But the investment in a marriage lasting more than a few years usually includes more than fidelity. Spouses share history and goals, children and strong bonds to friends and community. And there is some reason to believe that in recent years, such deeply integrated marriages have become more prevalent.”

CLICK HERE to read the entire eye opening article as to why some marriages last and why some don’t.

The appropriate marriage study would focus less on what is superficial, such as a ring, the number of guests at the ceremony or taking the type of wedding pics in order to go viral and focus more on the substantial meat and potatoes like commitment, communication and confidence in the institution. When I married, my husband didn’t have a ring for me. We symbolized at our quaint nuptials with his military corporal’s class ring.

(CLICK HERE to see our marriage story on a TLC special) My ring did not come until almost 6 months later. We got it at one of JCPenney’s fabulous jewelry sales. It was a $1000 set and our final price, including the diamond certificate in which to upgrade it at a later date, was only $300. 25 years later, I still have this set, the man and the marriage because my reasons for marrying was more about commitment and not how flashy my ring, or lack of one, was to others.

Yes, I love the bling, but when I tell people I have been married for 25 years, the flash that sparks in their eyes is something money cannot buy. Diamonds may be forever, but the physical, emotional and spiritual investment into marriage is priceless.