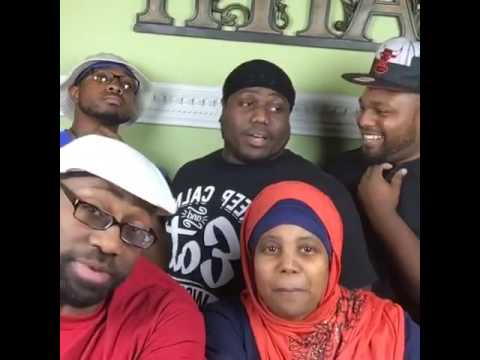 Who is Likely Suspect? This project is a collaboration whose primary focus is Acapella music with a message. The airwaves are full of music that is degrading, sexual, vulgar, and to the point where most people just listen to the beat and not the words

What do they do? The project works with Prisonworld “LIVE” to tour correctional facilities – adult and juvenile, DRUG COURTS, middle and high schools, gang prevention programs and boys and girls clubs to bring their positive message to the masses.

When will they be on TV? The group’s video What Kind of Man, Track #2 on the Likely Suspect Project, The OG Collection, is the first video which deals with manhood. Written by Rufus Triplett and Lonell Triplett, will closeout the premier episode of Lifestyles with Rufus and Jenny Triplett airing September 12 on local Atlanta station AiBTV.

Where can you watch? If you are in the Atlanta Metro area, you can watch on Comcast Channel 295 or Uverse Channel 6. You can also watch via digital stream>>> www.aibtv.com/aibeverywhere

Why are they trying to make a difference? For children ranging in age from 9 months to 19 years, the Likely Suspect Project uses their message to “Change the Game.” We have a serious problem with our men and not wanting to take responsibility for their actions, their children or their integrity. We also have a serious problem with our men and incarceration. We deal with a lot of issues with this project. Just trying to make an impact on the lives of our youth and misguided.