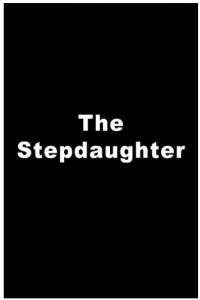 Step Parenting: My Stepdaughter’s Behavior is Pushing Our Marriage Apart

Step Parenting: My Stepdaughter’s Behavior is Pushing Our Marriage Apart

In the world of blended families today, it is hard to deal with children who are not very cooperative. Sometimes a daughter can  be threatened with a “new mom” or authority figure in her life.  marriage. There are ways to deal with it and still survive marriage. Borrowing some great advice from Dr. Ellen Kreidman.

“My stepdaughter has taken it too far,” said Lillian. “I know she hates me and acts out behind my back, and Joseph, her father, is silent about her behavior.” Joseph and Lillian are in their second marriage; they’ve been married for 13 months.

Each has brought one child into the relationship. Joseph’s daughter, Sophia, is a source of tension these days.

In any family, a child can test a married couple. The challenge is greater when you have step children. Step children bring their own drama into the new marriage. They will play biological parents against each other, which has the effect of dragging the stepparents into the situation.

They do this as a sign of feeling neglected and wanting to be loved.  They will also tend to act out, and without specific boundaries, they can tear the new marriage apart. How do you know when the marriage is over?

Lillian feels that Sophia is completely disrespectful toward her. You see, Sophia has become a spy for her mom and tells her everything that goes on at home with Lillian and her dad. Whenever there is a family gathering, Lillian finds out that Joseph’s ex-wife is spreading rumors about them, such as how bad of a stepmom she really is.

The latest rumor was that she was not feeding Sophia. One day, Lillian gave Sophia lunch money to get whatever she wanted at school. Sophia took this as not feeding her and reported that back to her mom. In reality, all that really happened was that Lillian had run out of bread to make sandwiches for school.

So, now Sophia’s mom is spreading rumors in the family, and Lillian is very upset about it. Also, Lillian says that when she says hello to Sophia in the mornings or tries to talk to her in the evening, Sophia will just ignore her. Her pleas are also ignored when she asks Sophia to clean up her room and get certain household chores done.

Joseph feels that he can not say anything to Sophia about these issues since she is still taking the divorce and new marriage very hard. Also, she has been daddy’s little girl, and he doesn’t want to upset the apple cart. He feels that if he just lets things calm down, everything will be OK.

Joseph and Lillian desperately want to make this marriage work.  But, they are exhibiting all the warning signs that will push them apart.  There are two different dynamics that are happening right now.

1.   They don’t know how to manage the kids in this second marriage.

2.   They don’t realize it, but even though they are trying to be good parents, they have actually started to push each other away. Their roles as husband and wife, parent and step-parent, have to be clearly addressed.

Joseph has to realize that simply keeping quiet about the issue will not make it go away. And if he doesn’t take action with Lillian together as a team, it will undermine Lillian’s voice in this relationship and her authority as mom.

Learn to deal with situation and make your marriage work

So here is how they should deal with the situation and make it work for both of them:

1.   The first step is what we refer to as the “reality step.”  Each partner needs to acknowledge his or her perception of the reality of a particular situation. So, in this situation, Lillian could say that her reality is that Sophia went straight to her mom and told her that she was not being fed. And her mom went and told the family about it.

Joseph could respond by indicating that his reality is that he was unaware of the situation. And what they should do next is sit down and discuss it with Sophia as a family. You see, when you honor each other’s realities, it diffuses the tension in the situation.

This process will help Joseph and Lillian get in tune with each other’s feelings, wants and needs, and what it takes to make progress on the issue so that the marriage can move forward.

2.   Institute house rules. Sophia is testing her father to see if he is on her side.  It is only natural and what kids generally do. Joseph needs to support Lillian’s decision. So, instead of either Joseph or Lillian telling Sophia what to do, they need to post a list of house rules. These are rules that both of them have come up with.

They should post them where all the kids can see them. And it should include things like respecting family privacy, cleaning up their rooms and taking care of chores that all of them should be involved in as a family. In this way, the children will see that no one parent is taking sides; this is how the family works.

3.   Joseph and Lillian need to get more in tune with each other’s feelings and communication patterns. They are trying to overcompensate in order to make this second marriage work, and they are making things more complicated. There are new dynamics in a second marriage and their behavior toward each other needs to be closely monitored.

They need to understand the specific behaviors and habits that will make their marriage work. Keep your attention focused on these articles as we have a program that explains these patterns and behaviors that will help to make a marriage strong and healthy. You know when your marriage is over when neither of you wants to support each other and be on each other’s team.

If you can’t be on the same page together with all the drama swirling around both of you, your marriage will not survive. We know these are harsh words but this is the reality. Help each old, support each other with your blended family, set realistic boundaries and you will grow old together.