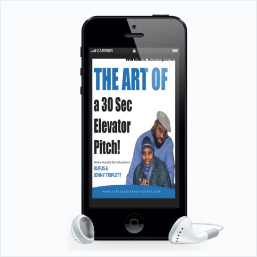 Recently I had the pleasure of interviewing a standout old school artist from the
DeBarge family. Bunny DeBarge, now 57, with 4 kids and 13 grandkids, has
recently released a book, The Kept Ones, regarding her and her siblings, El,
Bobby, Tommy, Mark, James, Chico and Randy’s, drug use and abuse, death and
the pain and suffering her family has endured over the years. Ms. DeBarge who
hails from Grand Rapids, Michigan and an interracial family with a White father
and Black mother endured years of racial remarks in school and never even had
the pleasure of meeting her father’s side of the family because he was disowned
when he married her mother. Moma DeBarge pretty much raised the family and
when the group made it big, she was a sealed part of the deal. Ms. DeBarge was
very giving of her time and here is how our Q& A went:
Q Out of the other family groups that were out at the time of DeBarge, the
Sylvers, the Jacksons, or the Jets, who were you compared to the most?
A We were most compared to the Jacksons.
Q Did your family agree with James and Janet (Jackson) getting married?
A No, we did not agree but we didn’t even know. We didn’t know they were that close and we didn’t know they had gotten married. We felt they were both too young and we knew James had a drug problem.
Q Your brother Bobby died of AIDS in 1995. Did the family know anything about the disease and how did you all deal with that?
A We still haven’t dealt with it. We knew he was dying but we wondered if he was ready to die. I thought he was going to be healed. We prayed a lot but Bobby rejected faith. He had lead an out there lifestyle. We have never dealt with his death as a family and actually that was the beginning to more problems. Everyone went their separate ways, moved away to different places and dove further into drug use.
Q Bobby and Chico were arrested for cocaine trafficking in 1988. Was that for sales or for personal use?
A Chico was at the wrong place at the wrong time and just got caught up in a situation. Bobby was for sales and personal use.
Q Do you miss the limelight?
A Coming from a gospel background and singing in the church, when we became a secular group I missed the joy of singing in that close setting.
Q One of my favorite moments from the group was when you guys were on Soul Train and Don Cornelius didn’t believe that you all could hit those high notes live and he had you sing A’Cappella. What is a moment that stands out in your mind with the group?
A I remember when we realized DeBarge mania. We were in St. Louis and the girls were screaming and hollering so much. We were in amazement that they loved us so much. They had got a hold of my brother Mark and security had a time getting him loose. We had gotten to the limo and Randy was loving it so much he stuck his head out of the sunroof and it made the girls even crazier. It was straight mania.
Q Who was most helpful to the group in the industry?
A My brother Bobby and Berry Gordy.
Q Have you had run-ins with the law?
A Oh yes. I was driving without a license and driving with a suspended license. And I didn’t learn my lesson because I got caught on more than one occasion.
Q Have you ever been caught with drugs?
A Yes.
Q What was your drug of choice?
A Heroin and Cocaine. I was cross addicted. I started in high school smoking weed and one thing leads to another. That was the thing to do – drugs. It was something to cover up the pain I was in.
Q I still see you in the fuchsia shirt and blue miniskirt. Now that you have children and
grandchildren do you consider yourself old school or new school (in the way that you
dress, cook, and society)?
A Definitely old school.
Q What do you think of the criminal justice system?
A I feel it was designed to keep the Black man down.
Q What encouraging words do you have for all of the prisoners reading this article?
A Get to know God personally. I have been there and done that. Only God can do it for you. Things happen to you to get your attention. God knows what you need. Take this time to build up your faith.
Jenny: Thank you for your time it has been a true pleasure speaking with you. I hope
your book is a great success.
Bunny: Thank you it was my pleasure speaking with you.

Besides for Ms. DeBarge’s book, The Kept
Ones she is also due to release a new album.