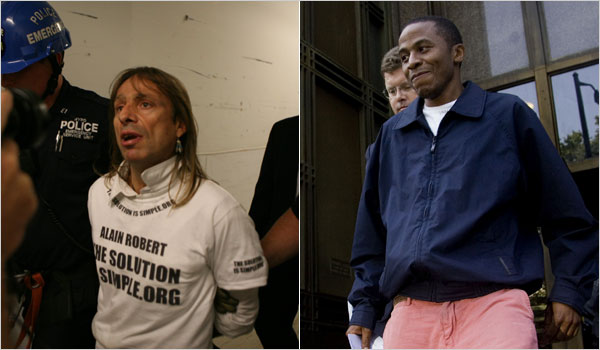 #Prisonworld View – When Has Justice Been Equal? It is Always Black & White

#Prisonworld View – When Has Justice Been Equal? It is Always Black & White

It’s a sham and a shame that some people will try to rationalize anything they can instead of realizing the obvious.They both climbed the headquarters of The New York Times on the same day, June 5, Renaldo Clarke and Alain Robert’s stunts were the exact same. Mr. Clarke, who appeared in State Supreme Court in Manhattan for a hearing on Tuesday, was indicted on criminal charges, while Mr. Robert was not. They climbed on the same day and faced a grand jury on the same day. They say its a jury of your peers but in August, a grand jury voted to indict Mr. Clarke on three counts, the most serious of which was a misdemeanor charge of reckless endangerment, punishable by up to a year in prison. A different grand jury had voted in June to dismiss all criminal charges against Mr. Robert, leaving only a count of disorderly conduct, which is not a crime, but a violation akin to a parking ticket.The difference is obvious to many one climber is white and the other is black. This too is how the prison industrial complex feeds off of black bodies. Justice is not equal…not by a long shot. CLICK HERE to read complete story.

Prisonworld Magazine has been bringing the message for FIVE YEARS (in print) about issues within the prison systems and criminal justice disparities. Order a copy today or gift to an inmate. CLICK HERE for order information.