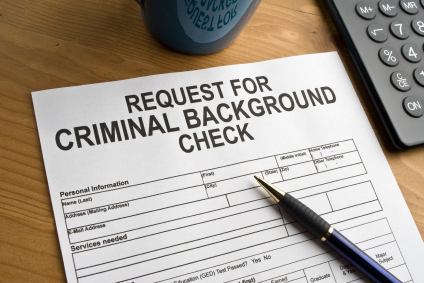 FACT: 1 out of 3 people have a Criminal Record

Since this is an election year, the headlines have been all aflutter with reasons why felons should or should not have the right to vote. The word felon is stigmatizing and may define a particular incident or chapter in one’s life but not necessarily their entire life. The word felon may even be a wrong characterization of the person if they are innocent of the crimes for which they were accused in the first place. Thus making it a much tougher battle in life to procure the rights to which they should already be privileged.

This Op-Ed letter was recently published in the New York Times as to why Felons should not be able to vote:

On the other side of the fence are groups who are being activists in order to restore voting rights for convicted felons. A study has been done in regards to the pros and cons, no pun intended regrading the rights of convicted felons and the right to vote.

VIA Huffington Post – A record number of Americans with criminal records cannot vote in what is expected to be a tight presidential election, a new study says.

More than 5.85 million adults who’ve been convicted of a felony aren’t welcome at polling places, according to data through 2010 compiled by The Sentencing Project. That’s 600,000 more than in 2004, the last time the nonprofit group crunched the numbers. CLICK HERE to read entire story.

Via Lee Rosen, Esq – Employers have become increasingly concerned about knowing if an applicant has a criminal record. More employers are conducting pre-employment background checks for criminal records. Employers have been the subject of large jury verdicts for negligent hiring in cases where they hire a person with a criminal record that harms others, and it could have been avoided by a criminal record check. That is because employers have a legal duty to exercise due diligence in the hiring process, and that duty can be violated if an employer hires someone that they either knew or should have known in the exercise of reasonable care was dangerous or unfit for a job. The concern from the employer’s point of view is that a person with a criminal past may have a propensity to re-offend in the future.

On the other hand, society also has a vested interest in helping people with a past criminal record obtain and maintain employment. It is difficult for an ex-offender to become a law abiding, tax-paying citizen without a job. Unless society wants to continue to spend its tax dollars on building more and more jails and prisons, ex-offenders need the opportunity to rejoin the workforce.

So how does one reenter society after paying their debt and live a normal life? How does one not get stigmatized and punished for something that the court said was over? Maybe they can become a COP.

More than one-third of recent Atlanta Police Academy graduates have been arrested or cited for a crime, according to a review of their job applications. The arrests ranged from minor offenses such as shoplifting to violent charges including assault. More than one-third of the officers had been rejected by other law enforcement agencies, and more than half of the recruits admitted using marijuana. “On its face, it’s troubling and disturbing,” said Vincent Fort, a state senator from Atlanta. “It would be very troubling that people might be hitting the streets to serve and protect and they have histories that have made them unqualified to serve on other departments.”

Nearly 1,000 serving police officers and PCSOs have a criminal record

Very soon it will be inescapable. People with criminal records must work somewhere. Most people have some criminality in their closet. They just have not gotten caught…yet.