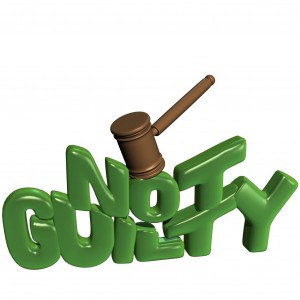 An Inmate’s Injustice: Not Guilty but Still Doing Time

I want to tell the world of how I was found not guilty of a crime and still received 12 1/2 years for the charge.

I was charged in 1997 with 6 bank robberies and 6 gun charges. At trial I defended against the gun charges because they totaled 105 years mandatory. The bank robberies and guidelines had me at 12 1/2 to 15 years. My defense was that the object in question was not a firearm and the prosecution’s position was that it was. When jury instructions came the prosecution changed the 2113(d) weapon subsection to the banks to use anything considered a weapon from “use of a weapon, namely a handgun.”

This is constructive amendment of the indictment, but my counsel did not object to it so I could appeal the issue. Anyway, I was found not guilty of the 924(c)(1)(A) firearm charges and at sentencing I received a 5 level enhancement for use of a firearm even though I was acquitted of it under preponderance of the evidence and received more than 300 months.

I have been in prison for 14 years and am presently doing time for something I was found not guilty of. Why do we have juries when they don’t matter in sentencing?